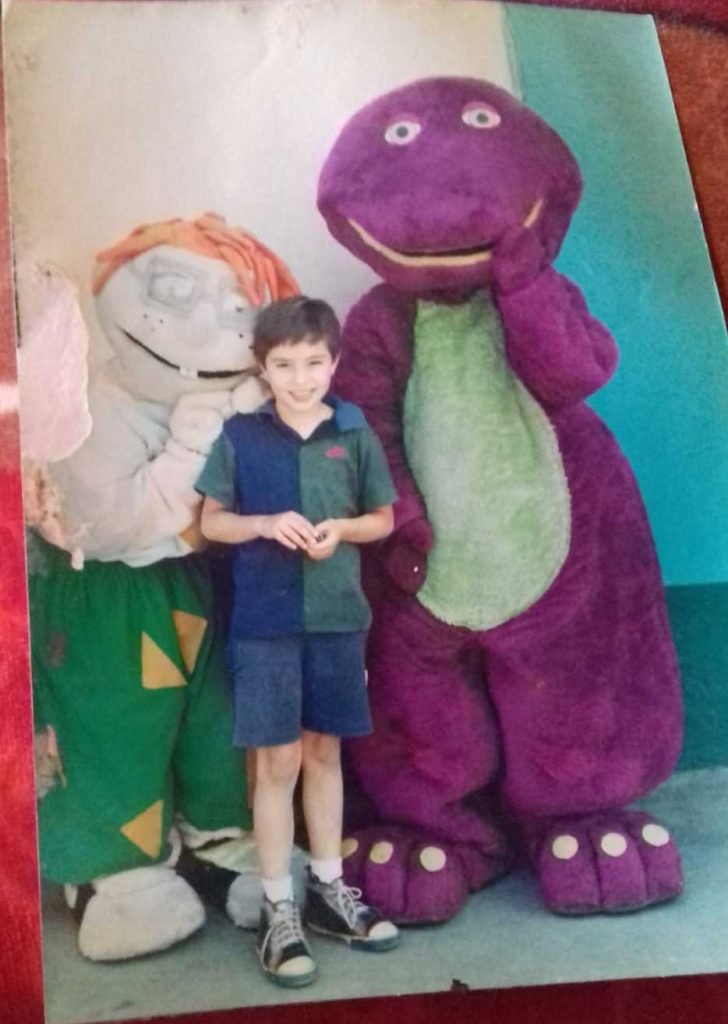 “Never be a prisoner of your past. It was a lesson, not a life sentence”

I want to tell you a secret.

Promise you won’t tell anyone else?

Cross my heart and hope to die, may I go to hell if I lie.

When you’re a kid, a secret is the best thing to have. I mean if you think about it secrets are a big thing in friendships and in many occasions that’s how you create deep bonds with people. Secrets hold innocence and fun, and I was the best at keeping them. But also there was the part about going to hell if you reveal any of those secrets, and for Mexicans hell is especially terrifying because we are a very imaginative people and moreover, we truly believe in it. Hell is your punishment for eternity, for whatever sin you commit: whether you steal, lie, kill or as I said, reveal a secret, you will burn in brimstone while your feet drag through putrid sulfur for eternity.  Cruz cruz que se vaya el diablo y venga Jesús.

By the time I was 10 years old  and school for me was my happy playground, where I kept my home life secret, and when I went home I kept my school life secret. Secrets were a part of my daily life even though we don’t realize how keeping them can complicate everything, and that they become a perfect excuse to avoid the truth. And it doesn’t matter how deep you try to hide it, the truth is the truth.

My life was starting to shape up the way I wanted. I had found my place as a clever kid in school: among lovable friends and teachers, where I had peace to be myself. The sensitive, artsy, emotional side of me that no one saw at home. For me school was my getaway where nothing bad could reach me, where I had friends to play with away from my harsh life at home and that’s how my week days were spent between school and home.

This separated life allowed me to have a safe space for my true personality to shine and get in touch with my emotions, especially that I was being rewarded with the honor of “best student” at the end of the school year. I would be the center of attention of the whole school, the student body, the teachers as well as everyone’s parents while more than five hundred people applauded my academic achievements as I received my graduation diploma.

As for the week-ends I would direct myself to the bus terminal with direction to Michoacán, my father’s home town 4 hours north of Mexico where I spent the time with his mom (my other grandma), his sisters and my cousins, playing in the street. I have to admit it was quite fun to break the routine with this small getaway.

Me, Chuckie Finster and Barney.

Getting dirty outside the house was the main activity in Michoacán, except for one time while spending an afternoon with one of my young cousins. Our secret was that we hated getting dirty and we preferred getting dressed up. With what? Well, we were left unsupervised as usual, and as one thing led to another we got to play with my aunt’s high heels, stocking and wrapping our hair with a towel, pretending we had long luscious locks.

I don’t remember who suggested it, but me and AR’s nephew were both pretending to be girls and saying it was a stupid game. Unfortunately for us, my grandma arrived while we were in the middle of getting to put on some makeup, and as you can imagine, all hell broke loose.

To make the story short, she beat us up pretty bad, cursing at us and calling us monstrosities. It was not ok to play such games. Our secret was officially out but to be honest, at that moment I didn’t even care about the old woman’s viciousness or how much she hit us, I was more terrified that she would tell my dad.  If AR found out I was dressed like a girl he would kill me, or I would kill myself.

My dad was a macho man, conforming to this little catholic town, where they were very conservative and pious. There was also the fact that I pretended to be a football fan just like him, and him finding out my real hobby was not something I was ready for.

A boy dressing-up like a woman? Oh my God, what have I done?

I was a horrible person. I prayed night and day that no one would find out, and I swore to God that I wouldn’t do it again. So there I was. Asking God to be my friend, to keep my secret hidden from my family. Please God, please don’t let anyone find out.

Thankfully this episode was over without major damage. The consequences, however, would be revealed during my next visit to Michoacán where I found out that my cousin wasn’t allowed to play with me anymore. For me, honestly It didn’t matter as long our secret was safe and that no one knew about our silly game. The days passed and my prayers seemed to be answered or at least that’s what I thought.

It was a hot afternoon, I was back at AR’s big family house, by myself alone again and with nothing to do. I went up the stairs to check out the house’s second floor and found one of my dad’s relatives at the end of the long corridor with the TV on.

The house was boiling hot and the cool air felt nice blowing from the window beside him, so I walked over there just to sit next to him while he was watching TV. The guy had his bare feet up on the table in front of him, half asleep as he watched a football match. Football ugh. How mundane and boring for me.

The ugly cousin got startled when I sat on the sofa next to him, and he spat at me as he shouted for waking him up. In that moment I immediately regretted coming in there as I remembered what they used to say about this guy. He was a parasite- which I never understood. What did it mean for a man to be a parasite?

Though I did understand that he was unemployed and uneducated, kind of a black sheep of the family. Haha they kept a sheep in their house, so funny.

The guy was horrible and his smell was even worse, and he had beaten me a few times before, so I decided to leave him alone. But just as I got up to leave the room, he grabbed my arm and pulled me back down.

“Where are you going little maricón? You don’t like football?” He spoke without looking at me, while staring at the TV.

I tried to free myself from his grip but he got up and smacked me in the face. He stood over me with a horrible contorted face, his leathery skin red and slimy, and I could hear him breathing from the mouth. My whole body started shaking so I tried to look away from him but I could still see what was happening.

While he held me down with one arm, he took off his leather belt and started hitting me until the skin on my arms and back became on fire.

Then as I tried to catch my breath, I saw him unbuttoning his jeans and I shut my eyes.

Oh my God, this was surely hell. My eyes were blinded, I was burning alive and it smelled like sulfur.

But I hadn’t told the secret, I hadn’t! Cross my heart and hope to die!

I prayed and prayed till he was over. I got up as quickly as I could and I ran. Not before he said “You can’t tell anyone about it or…” Another secret.

After that day I never went back to Michoacán and I never told anyone why.

I just wanted to forget the whole thing. I prayed for God to forgive me for what I did. But what did I do? Play that stupid game. That’s what I thought, because I blamed myself for this, it was my fault..

I was the troubled kid, dressing up like a girl. I deserved getting punished, and now I had no choice but to suffer the consequences and as a young boy with no one to turn to, I buried everything deep down in my unconscious mind, down where no one could see it or remember it.

And until this day, I have not told anyone about it. No one knows that something bad happened to me. Since that day in Michoacán, my innocence was lost with that horrible secret.

I was scared maybe? afraid of being me? What I know is that I became ashamed.

Ashamed of who I was.

I believed that bad things happened to people like me. People who were monstrosities.

But I wasn’t a freak, not a weirdo. I was a hostage of a bad situation.

It took years till I got closure for the bad thing that I was subjected to. I was the victim of that violent man, but I was also a victim of my environment. A place that I have fought to break free from.

Now I know how many of us go through such things.

Now I know none of us should feel so alone that they think of killing themselves.

Now I know it wasn’t my fault. It’s not our fault.