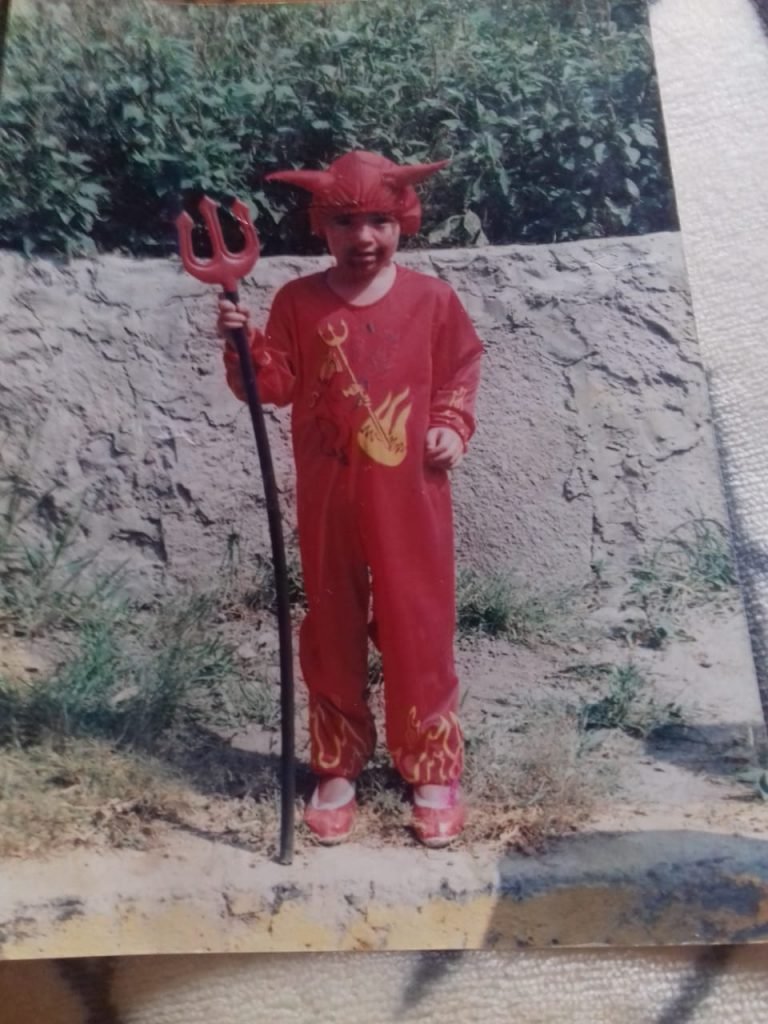 We all have a dark side, a part of us that is ruled by primitive forces that know no logic or reason. These instincts are what have allowed the human race to survive and thrive in the wild, to deal with life or death situations.

Actually, in Mexico we have a lifetime relationship with death. it is such a part of our culture that we have dedicated a whole day for its celebration: Día de los muertos.

On that Day of the Dead, we celebrate lost family members and remember them with love and a lot of colors: it is about honoring their death but also their lives. We make an altar inside our house where we put pictures, candles, flowers and lots of skull-shaped candy to invite the dead to come inside.

That’s why we grow up not being scared of death but very aware of its presence. My grandma used to say that when bad things start happening, it meant that death was around, and this is one of those stories.

Every afternoon in the vecindad, kids would come home from school and gather to play in the streets: football with an empty plastic bottle of Coca Cola, jump rope, and so many other games but everyone’s favorite was to play with Tazos.

Only the most exciting thing ever created out of plastic.

A tazo is a round plastic disc with the drawing of a cartoon character. And to get them you didn’t need more than a bag of chips. Every bag came with one of them inside or if you were extremely lucky, two. I got two very often.

The game was to stack up the discs as high as you could, then slam them with another Tazo  and see which side of the disc you got. The one who got the most cartoon faces side up, was the winner. That was the Tazos game, and the winner got to keep other kids’ Tazos. I was the king of the Tazos.

But as unfortunate as it might sound, there was a kid that couldn’t even afford a bag of chips, and that was one lonely poor kid named Maurizio, “el niño carbón” (the kid who was black as coal) as the other kids named him to make fun of his dark skin color.

So let me set the scene for you. In the ghetto, when you looked like I did, you were thought to be high class. I had clear skin and a fair complexion, light hair and delicate features. In a nutshell, I looked rich while the rough majority of the neighborhood was dark skinned.

And then even darker than the majority, there was him.

Maurizio used to go around the neighborhood collecting garbage from the homes, and every day I’d see him coming to sit beside me while we stacked up the Tazos. Every day he would ask if he could join the game, and the other kids wouldn’t allow him.

He was quiet and friendly but I knew he was funny. That was our secret because none of the other kids knew I was friends with him.

When you are a street kid you already have to face problems like bullying and harassment, let alone having everyone feel superior to you.

His skin color, his appearance, his smell, his living conditions were some of the reasons why the other kids make fun of Maurizio, torturing him day in and day out.

I didn’t have the character to join the bullies who sometimes would spit on him, but neither did I stop them. I was afraid of being treated like him. I imagined what the others would do to me so I just stood there and watched him suffer and run away, hoping he would be smart to not come back again while the other kids were around. But he always did.

So invariably every afternoon, once the gas shop closed and Teresa was gone, Maurizio would be waiting for me under the stairs in my building.

There was a large common area where all the women would bring the dirty laundry and wash it, and it was a huge concrete basin that kind of looked like a shallow swimming pool. The smell of soap always made me imagine dunking Maurizio’s head in there and just giving him a long soak, but I couldn’t be bothered really. He would follow me to make me play with him but I’d tell him to get lost before the others came, then he’d go stand with his sister at the stop light where she tried to sell trinkets.

On a particularly warm day, while everyone else was inside to escape the heat, I found myself outside with only Maurizio for company so we decided to play.

Every time I look in the mirror, I remember this day. It has left me with a small souvenir in the shape of a Harry Potter scar on my forehead, but a bigger one in my heart.

We sat down on the hot pavement and I took out my Tazos from my pockets. As I started laying them out with the cartoon faces upward, the kid’s eyes we lighting up and his white teeth parted in delight. I stopped and looked directly at him, the look on his face was priceless and   he stopped breathing from excitement. He was so happy to play with me when suddenly my mom came down the stairs screaming and waving her broom.

Obviously in a bad mood, she had come looking for me with a broom as her weapon of choice. I was startled and scared and the kid took off while I ran up the stairs to our apartment on the second floor. While I was trying to count my Tazos, making sure I had gotten all of them, I wasn’t focusing on her or the stairs or where I was going, and I stood up for a moment to catch my breath and I put my hand out to lean on the metal railing. But my hand didn’t lean against anything, and a few days later I woke up in the hospital.

Before I even opened my eyes, I asked to know if I had lost my treasure. And then I remembered it perfectly, like a slow motion scene from the Matrix. I had fallen from the balcony where the metal railing was missing. As I flew in the air with my Tazos falling from my pockets like a swarm of golden fairies, I could see my reflection growing in the water from the washing basin right below me. I felt like I was a time-traveler and I couldn’t remember who I was or what I was doing.

My mother told me that I fell from the second floor into the wash basin and hit my head once I touched the concrete bottom. She grabbed me out of the dirty water and thankfully it had reduced the impact of my fall, keeping me alive.

A week later I was back on the street, but Maurizio never returned. I found it weird because I was certain he would want to check up on me, so I went looking for him.

I knew where he lived, a few blocks away on the outskirts of the favela, in horrible conditions. His sister came to the door when I knocked and she didn’t say anything when I asked about him. She just told me to wait a minute, then she went back inside.

She came back out with a bunch of Tazos in her hands and told me that Maurizio had been hit by a car. She knew that I was his only “friend” and that’s why she wanted me to have all his Tazos. She put them in my hand and I recognized them immediately; they were pieces that I had lost.

I left with the Tazos in my pocket, with a blank stare on my face. And I pictured Maurizio happy as he walked away from my accident with my Tazos in his hand…

Until this day I can’t forget that as lonely as I was back then, there was someone lonelier than me. There was someone walking in death’s shadow, invisible to the rest of the world.

I could have died, but I didn’t.

I never played with Tazos again.