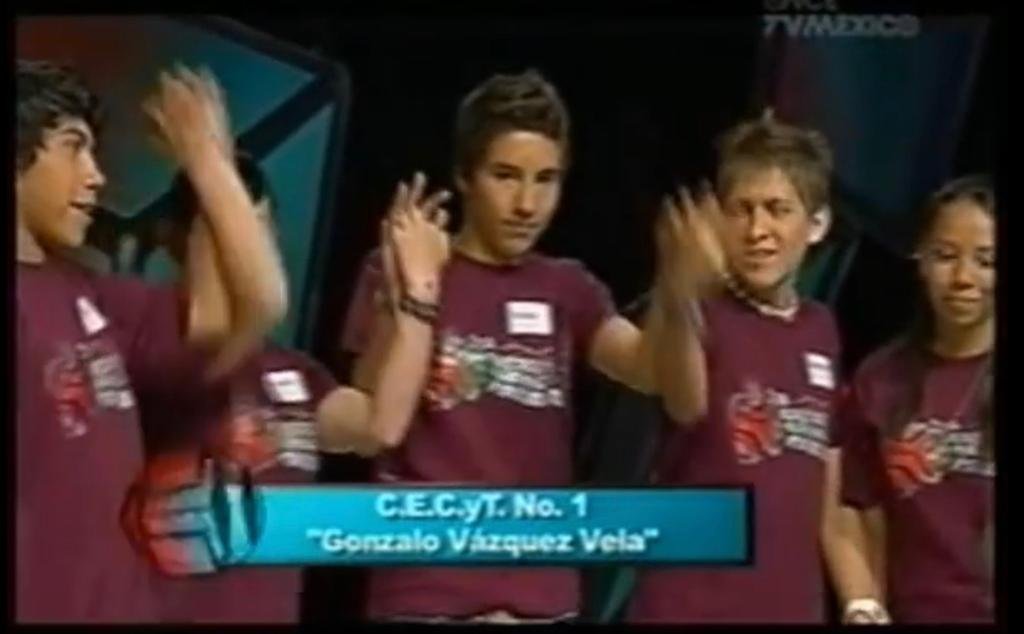 If you would have told me by the end of high school that I would become a TV star, I would have looked at you like you were crazy.

2008, my years in secondary were over and I had graduated with the best grades of my class. After applying to the public high schools, I had finally gotten accepted at the institute I kept dreaming of for the previous three years of my life. “Vocacional #1 Gonzalo Vazquez Vela” which is the official high school of one the best ranked universities: the “Instituto Politécnico National” known as IPN in Mexico City.

And with it, at 14 years old, all of a sudden my life took a turn for the better and things started happening, as if a lucky star had shined upon me.

To start with, I joined the volleyball team and started training with them every day. This hobby would turn into a pro career for the next five years of my life. I was such a good player that I went from being the newbie to being the captain of my school team to captain of the local team to captain of the national Mexican team in University! Can you imagine? Traveling to compete in tournaments all over Mexico, but that’s a story I will save for later.

This is Me playing in the National Youth Olympics.

The volleyball team was one of the main things why I liked my high school, but it was an unexpected surprise I found once I was here. However, the real reason why I wanted so bad to get accepted here was something much bigger. And this is the real story I want to share with you today.

IPN owned their own public broadcast TV channel “Canal Once” with their own entertainment shows that broadcasted across Mexico through nearly 40 TV transmitters. One of the network’s top shows was called “A la cachi cachi porra”. A competition show that went on between the institute’s 16 campuses, competing for a cash prize.

Here’s how it went.

Sixteen teams of 5 each competed in elimination rounds, one on one per show. In the first round eight teams are eliminated, then four, until the last two teams standing confront each other in the final.

Every show has between six to nine rounds of games that involve answering questions of chemistry, physics, mathematics, general culture… etc.

Every round has a certain amount of money depending on the right answers per team.

The winning team wins the accumulative money per round.

Furthermore, the money made per show was duplicated for the TV show and went to an accumulative bank account that would be given to the final winner of the full season.

This show, was the real motive that kept me studying so hard. Every Saturday at 11am I used to sit in front of the TV and watch the participants winning all that money and think how nice it would be to be in their shoes. I wanted to be in that school so I could be in that show.

Close your eyes and make a wish. Do it with all your heart. And just like that, all the sacrifices were worth it when in my very first semester I made it to the top 5 students selected to compete in “A la cachi cachi porra”. Lucky star, thank you!

The program just started and we were the first team to kick off the season:

Alberto. The team leader. He knew the show perfectly since he had participated before.

Diana. The only one that knew English. There was a round in english and no one else could do it but her.

Christopher. If I remember right he was very good at chemistry.

José Luis who had a very good memory.

If someone knew about history and culture was Dana.

Thankfully, we won the first ever episode and I went home with the equivalent of 200 USD cash. Right there! My little working hands had earned in a few hours more money than the one I would make in probably a month. Needless to say I was hooked and my mind was blown at the possibility of eventually winning the 15,000 USD grand prize.

With every episode we gained more popularity and even more just as we won the first season of the show. Then we won the second season. Two seasons in a row! Unfortunately, we lost the 3rd season in the final. But a few months later we were invited for a special edition “Champion of Champions” where we competed against the winner of the third season and WE WON!

There we were, the student’s champions and I was their star. I was so fast with answers on the show that they named me “Cometin” (The little kite). I started having my own fans showing in the live audience holding up signs and cheering my nickname.

The little Ru was now so popular and got recognized in the streets (sometimes haha). I can still feel the excitement while sharing this story with you. It was life changing! For the very first time I felt like I was living my life. And this life was providing me things I never had before. A bit of fame, a lot of friends and easy money.

Money that I had to hide because I couldn’t risk anyone finding out about it. So I used to say that part of the money we won would go to the school and that I was only getting a small percentage of it. It was either that or getting it stolen by someone at home due to our living circumstances.

As my life changed, everything changed. I felt liberated because now I was able to help my mother taking fully care of my expenses. I could buy my own clothes and all the accessories I fancied, I even got myself a motorbike and stopped using public transportation. But most importantly, this money helped me to keep going. I was taking that money and using it to buy and sell things at IPN, which was so easy considering I was liked by a lot of people. I was setting trends, selling phones, making deals like a professional businessman going from almost nothing to having more than 20 thousand dollars by the age of sixteen.

I fancied myself as a pro, going to work knowing that I had what it took to make it on my own and keeping my main goal on mind, afford university.  I knew it was my personal success and that feeling of satisfaction kept me motivated to do well in school, It kept me studying.

That feeling of satisfaction made me feel I was worth something,

That I was meant for something bigger in life.

I was in the moment, the star.

The star of my own path of self-discovery.

And my true path had just started revealing itself to me.